A downloadable game for Windows

Earl's hungry, but even with all this food laying around (and even though he's food himself), nothing will satisfy him until he finds his sandwich!

Made for The Metroidvania Month 11 Jam. Made in C with Raylib.

I am looking for feedback, not only on the game design, but also if there are any performance issues or bugs. Thanks for any input you can give!

The gray tiles are destroyed by Bombs.

Some weird stuff appears in the top left corner of some rooms.

The small red boxes that deal damage are baby slimes. Hopefully they will be become real slimes someday!

Keyboards and Gamepads are both supported.

Press Alt + Enter or the Select button to maximize the window.

The window may be resized by dragging the edges.

Move Earl with the arrow keys or WASD keys. In menus, move the cursor with

the arrow keys or WASD keys

Enter a door by pressing the up arrow or W.

After finding the Bomb powerup, drop a bomb with Shift.

In menus, to confirm, press Space.

In menus, to cancel, press Escape.

Move Earl left and right with the directional pad or analog stick. In menus, move

the cursor with the d-pad.

Enter a door by pressing up on the d-pad or left analog stick.

Jump with the A button (XBox) / X button (Playstation). Hold the button longer to

After finding the Bomb powerup, drop a bomb with the X or B button (XBox) /

the Square or Circle button (Playstation).

In menus, to confirm, press the A button (XBox) / X button (Playstation), or press

In menus, to cancel, press the B button (XBox) / Circle button (Playstation).

could use more variety of obstacles though

the red squares weren't utilised much, just a thing that you jump over

the double jump does change things up

however, didn't get to use the bombs in too many interesting ways

liked the different songs each room, which are just big enough to warrant a song each

overall i enjoyed playing through this.  it's really easy and controls well which makes for a very smooth experience to play through; with collectibles everywhere so it was pleasant to explore

Thanks a lot for playing & giving me some feedback! It needs a lot more content to feel like a real game, but I am going to keep adding to it for a little while & try to fix those things you mentioned. 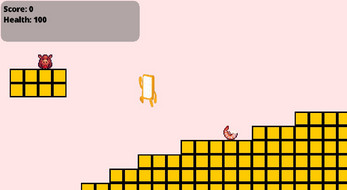 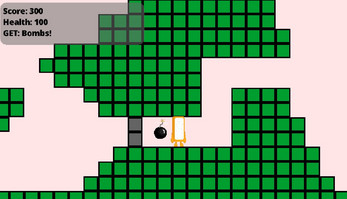 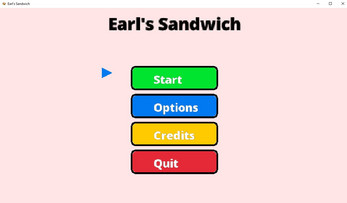